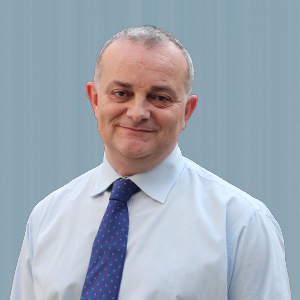 Born in Como in 1965, he earned his degree in Electronic Engineering from the Milan Polytechnic University, completing his experimental thesis at Italtel. He then began his professional career at Laben (now Alenia Space) as a digital designer of satellite equipment.
He moved to Bticino in 1994, spending two years developing electronic home automation products. In 1996, he became the quality manager at the plant where the company designed and manufactured its electronic products, overseeing the entire design and production process, from the testing room for new prototypes to the analysis of returned items. During this time, he also developed in-depth knowledge of ISO 9001 system quality standards and became an ISO Certifier.
In 1998, he set foot in the business information world by joining Lince, which later merged into the Cerved Group, first as a quality manager. Having developed skills in data, services and applications used to provide services, he then became IT Director. When the Cerved Group was established, he took on the role of Director of Information Technology, which following the recent corporate reorganisation became the Information Technology & Data Management business unit.
« Management